The Story of Mader Group

This is our story

This is the story of how what started with one man, grew into a group of mates, then exploded into a global business. Born from the roots of a small circle of friends, the Mader Group now claims the national title of ‘Mining Contractor of the Year', announced recently at Australia's Mining Monthly Future of Mining Awards in Sydney.

In the early 2000's Luke Mader, a heavy duty diesel mechanic was living the dream, working out of his ute in the Kimberley. Maybe it was pure ambition that lead him to the idea - it certainly wasn't the scorching Northern heat. Luke had always admired the machines he worked on, their power and ability to perform mammoth tasks in the most extreme conditions, and with seeming ease. If you have ever had the pleasure of being in the presence of one of these colossal pieces of apparatus, you can't help but be drawn to their grandeur.

As months and years wore on, his one man band grew mate by mate, until an entity of highly skilled men and women travelled across Australia's mine sites, servicing and repairing some of the largest (and smallest) machines ever made. The group were not deterred by the size or status of a job. The humble ensemble of trusted family and friends, many of which are still in the business today, were ready and willing to get their hands dirty - and still are. No matter the size of the job.

Within 6 years of inception the company had crossed international borders and was operating in parts of Africa and Asia. 2016-2017 saw the company expand again, setting up bases in Queensland and New South Wales respectively. The founding members of the Queensland division said that although there were no guarantees of success, they knew Mader's business model would stand up. It wasn't long before they forged a reputation as the experts in their field with their operational team growing to more than 130 employees; heavy duty diesel mechanics, auto electricians and servicemen with a fleet of more than 80 vehicles.

Their premises in Mackay opened as a base to look after a variety of well-known, small to large-scale clients in the area. Several dedicated shutdown and field support teams now rapidly respond to call outs for heavy mobile equipment breakdowns and ongoing preventative maintenance. There, the company helps local civil and mining businesses, with a presence on more than 30 different sites throughout the Bowen Basin. The group has engaged more than mine sites in the Basin, making their mark on the Blackwater and Emerald communities through several sporting club sponsorships and charity initiatives.

As one of the Mader Group's three original employees, John Greville has seen the company through many phases of growth and believes that its success is a direct result of the hard work, passion, community involvement and the comradery of their employees.

"We find that these benefits help build a loyal and like-minded workforce. When people feel valued by their employers they are more likely to work hard, a quality which we are constantly praised on by our clients."

The company's ability to build strong relationships with clients, staff and communities alike appears to give the Mader Group a robust edge unprecedented in the industry.

Opening a division in New South Wales in November 2017, the company has also established a presence in the Gunnedah and Hunter Valley regions. Once again, Mader experienced steady growth with the employee count jumping from zero-to-50 with 30 mine-spec Utes in under 12 months.

Although the Mader Group has since expanded into a global entity with over 1,100 staff at its helm, the company takes pride in being a big company with a small business feel. No job is too big or too small. The business is 100% Australian owned and operated and proudly supports Australian businesses and local communities in which it operates. Acting in good faith and exercising due care in the regions it touches, the Mader Group takes part in a broad scope of initiatives to empower communities, improve social dynamics and lessen inequality.

Participating in more than 40 different sponsorships and volunteer initiatives across Australia and internationally, the company is unique in that it recognises the opportunity the resources sector has to improve social and economic development in remote areas and mining communities. The Group has built a relationship with Tom Price Senior High School in Western Australia, funded and volunteered lending hands to an extension project at the Kijilamatambo School in Zambia, and supports various BMX, motorbike, rodeo events and sporting associations across Australia.

The Mader Group believes that engaging the community is about more than corporate philanthropy, it's about giving their employees a sense of purpose and a reason to represent the Mader name with pride. The company often takes on initiatives put forward by its own staff and involves employees in volunteer programs with a goal to foster a fulfilled, engaged and productive workforce, whilst also strengthening ties and making a valuable difference in the community.

John Greville, Mader Group's Chief Operating Officer, says that it is an environment of mateship and a strong community focus that has made the Mader Group's accomplishments possible.

"Building relationships with clients, employees and communities is the most significant part of our company ethos. These relationships are at the heart and soul of our operations and are the key to our success," he said.

"We are backed by some of the best tradespeople in the industry because we seek those with a positive, ‘can-do' attitude who want to be part of something bigger. Looking ahead at future markets and the demand for high quality heavy mobile equipment services, our future has never looked brighter."

Being dubbed ‘Mining Contractor of the Year' was not the Mader Group's only milestone for 2019. The company will soon be embarking on its next journey, to join a number of mining giants and juniors on the Australian Stock Exchange. The company recently completed an investor roadshow to secure interest for an initial public offering of $50 million and is set to list with a $200 million market capitalisation next month.

Other recent news at Mader

Mader Group Now Servicing 16 States Across the US 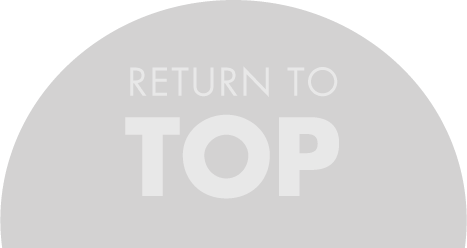